The Abdulla Cigarettes advertising campaigns of the 1920s and 1930s were among the most advanced. They became famous for their humor and illustration quality, designed and drawn in different series according to the magazines and the countries.
Abdulla hired leading illustrators such as Anne Fish, Einar Nerman, Fougasse, and René Vincent.
Anne Harriet Fish illustrated eleven of these series, from 1919 to 1932, published by the French magazine “La Vie Parisienne.” and in England by “Punch,” “The Tatler,” “The Sketch,” and more.

Hi-res and high-quality digital files professionally restored. Ready for use up to large-sized print. 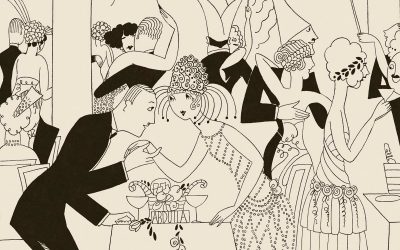