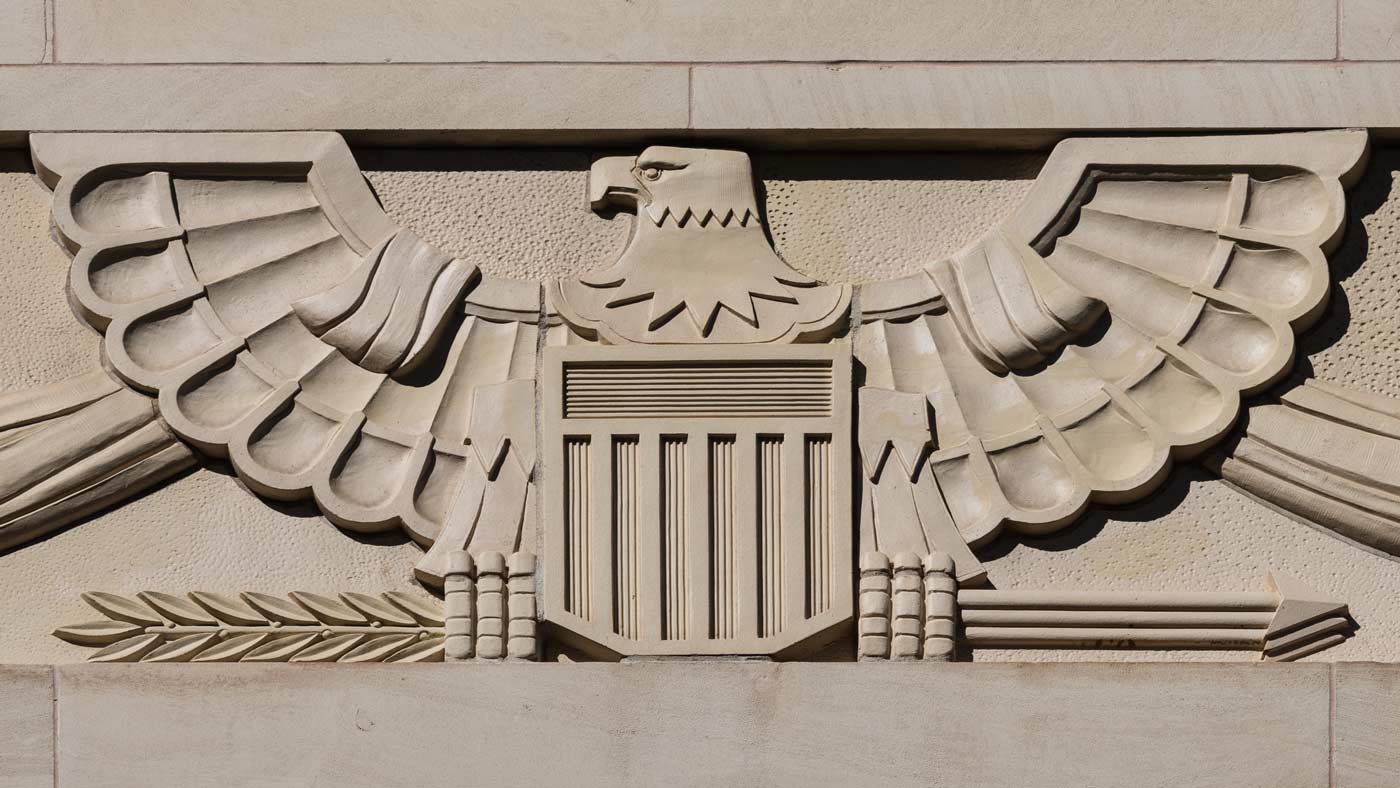 The US Emblem in the Art Deco architecture. By Carol M. Highsmith

Here an impressive selection of clean and essential pictures on the U.S. Symbol in US Courthouses and public buildings built from 1929 to 1939. All pictures, by Carol M. Highsmith are taken with a large-format view camera and the most recent with the finest professional digital equipment. 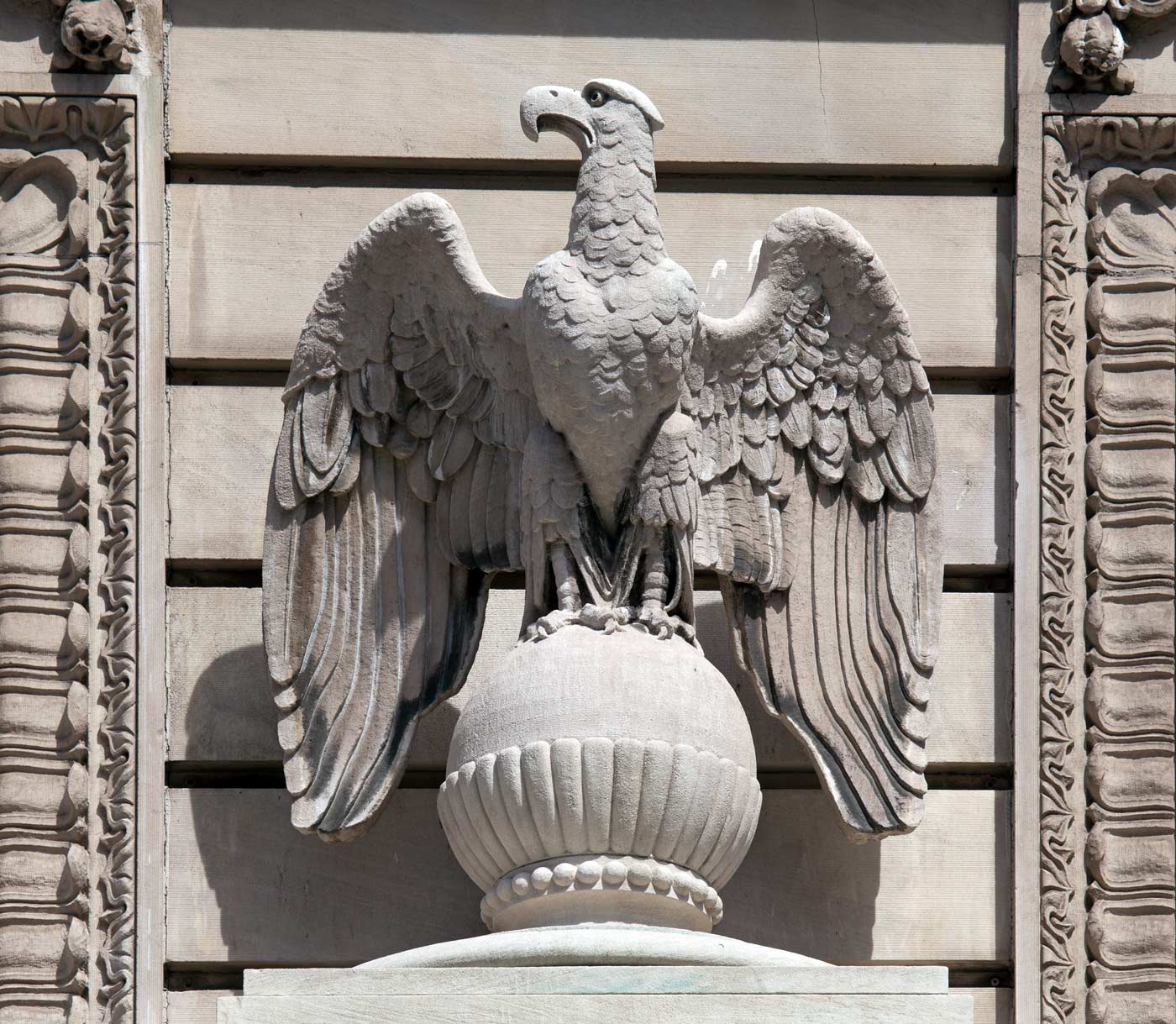 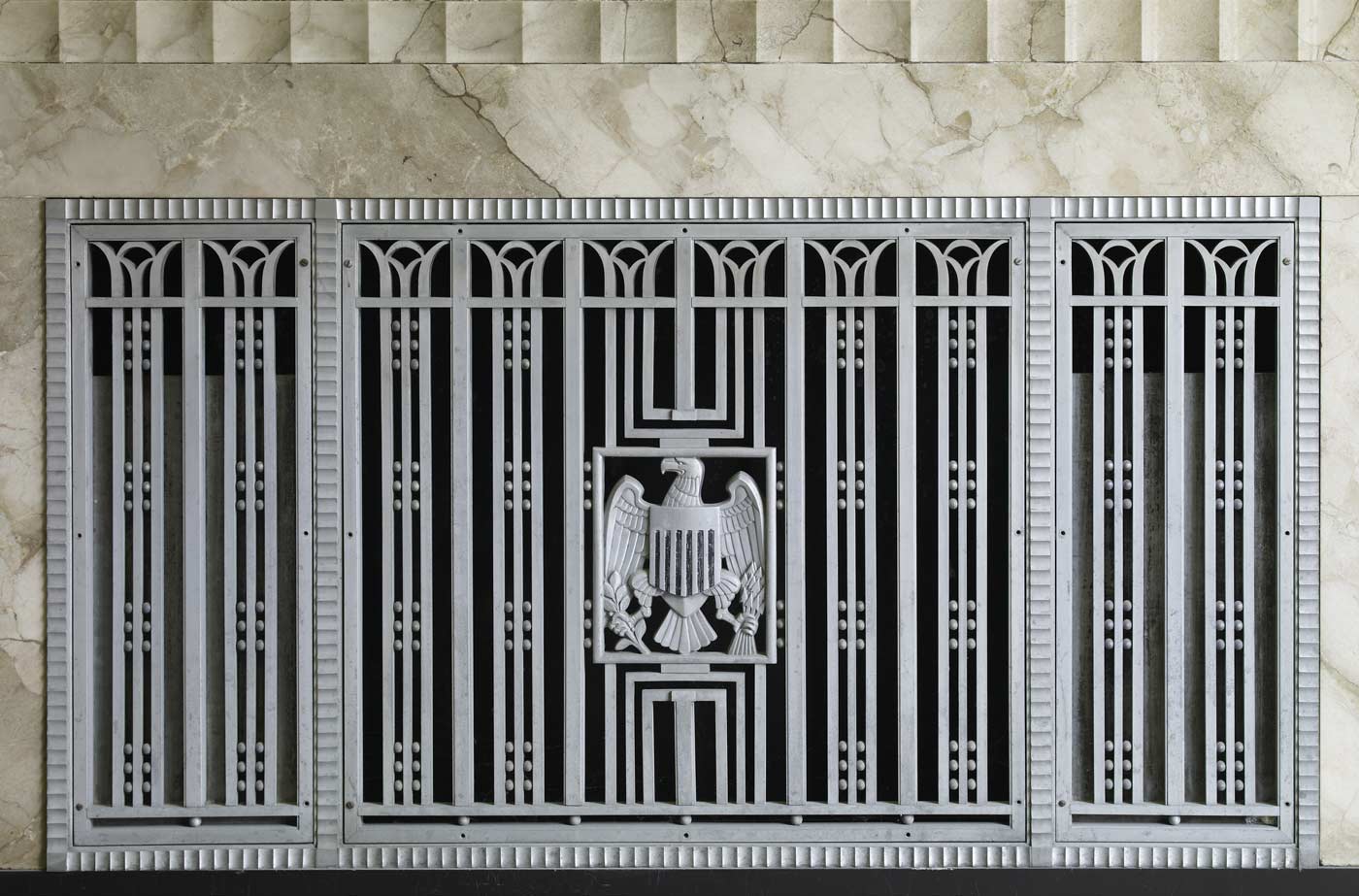 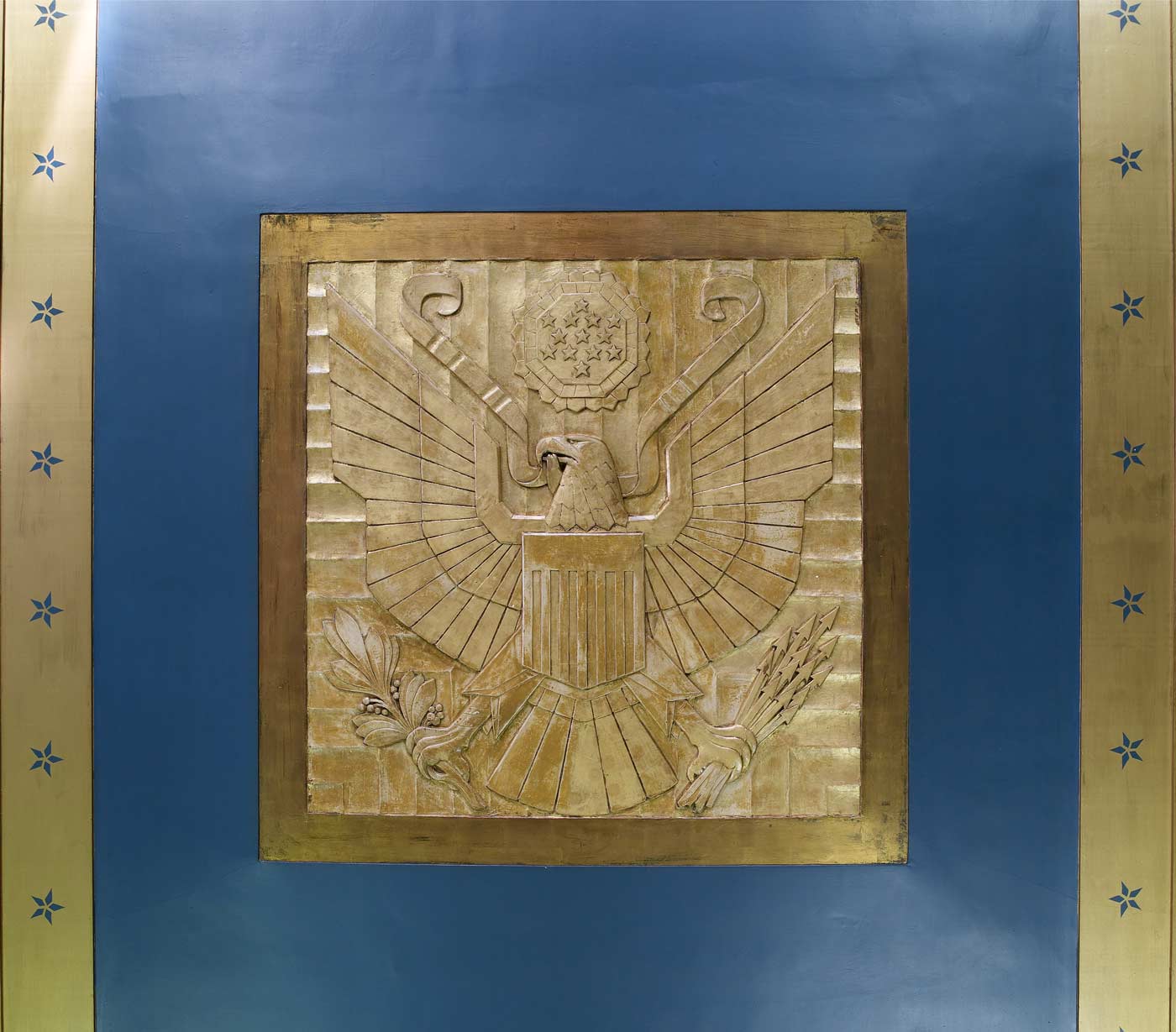 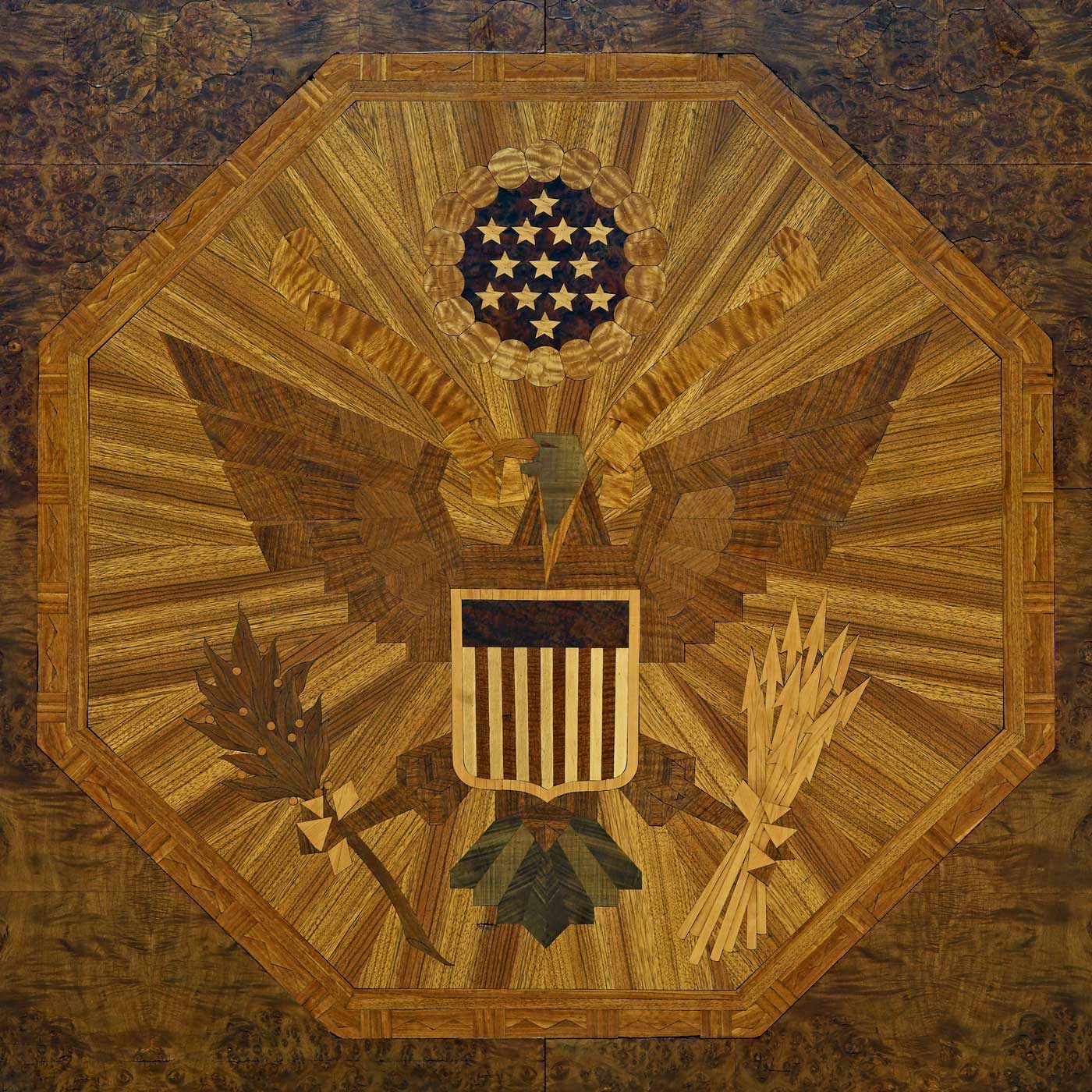 A legacy of the New Deal’s policies and WPA.

During the ‘1930s and 1940’ the public works and employment programs instituted by the Roosevelt administration, part of the government’s response to the Great Depression, created thousands of new buildings, and public artworks across the country. Source

The program was expanded with the creation of WPA, the Works Progress Administration. It was an American New Deal agency, employing millions of job-seekers (mostly unskilled men) to carry out public works projects, including the construction of public buildings and roads. It was established on May 6, 1935, by presidential order, as a key part of the Second New Deal. Source.

The legacy of these programs is invaluable. 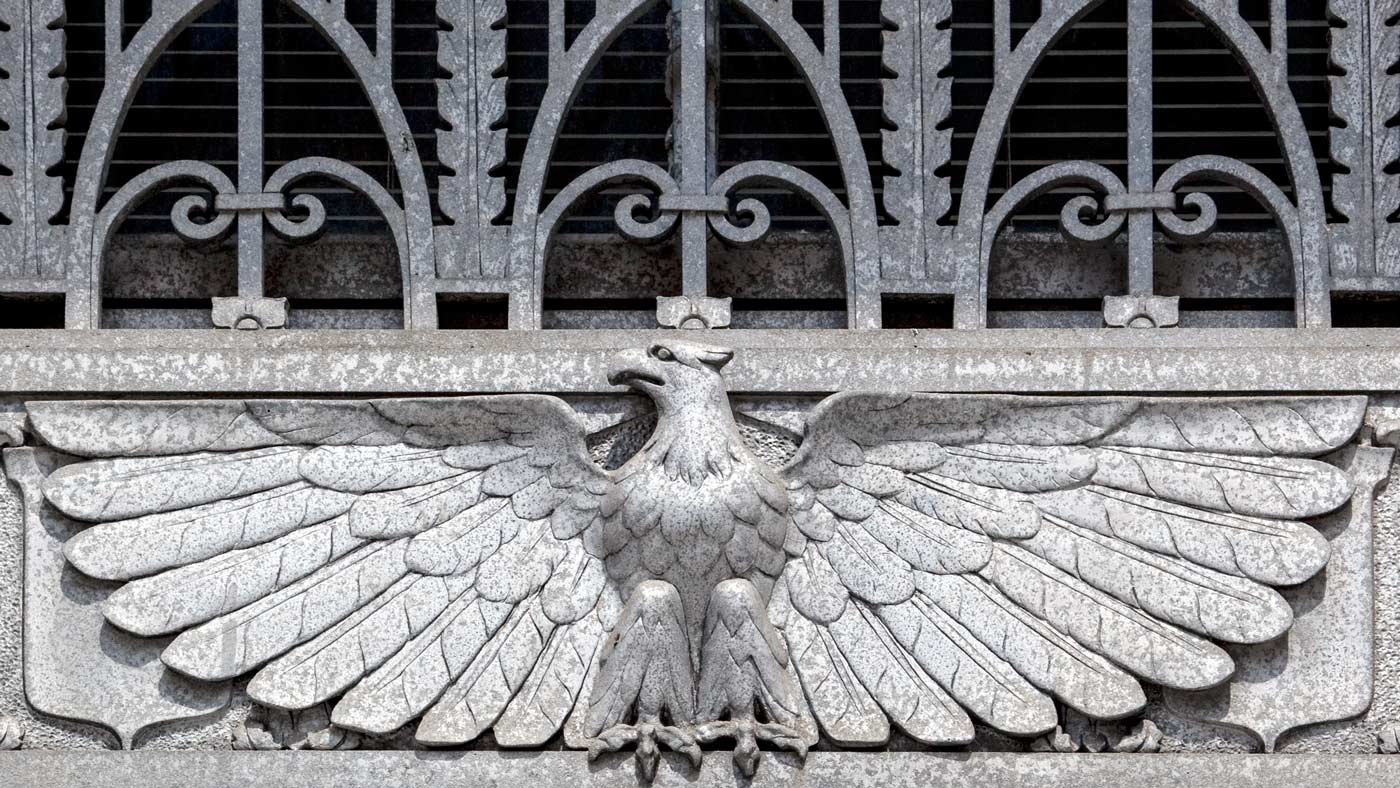 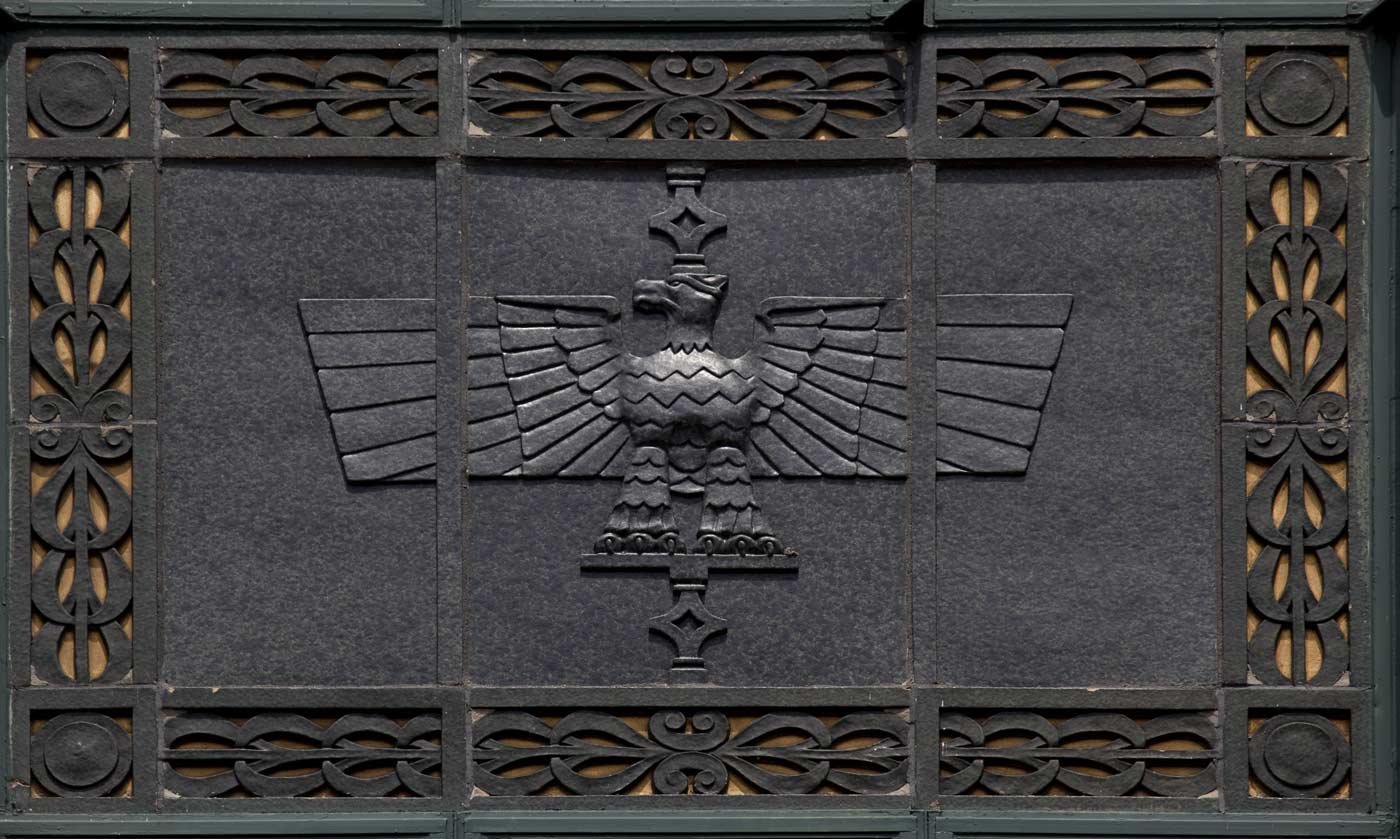 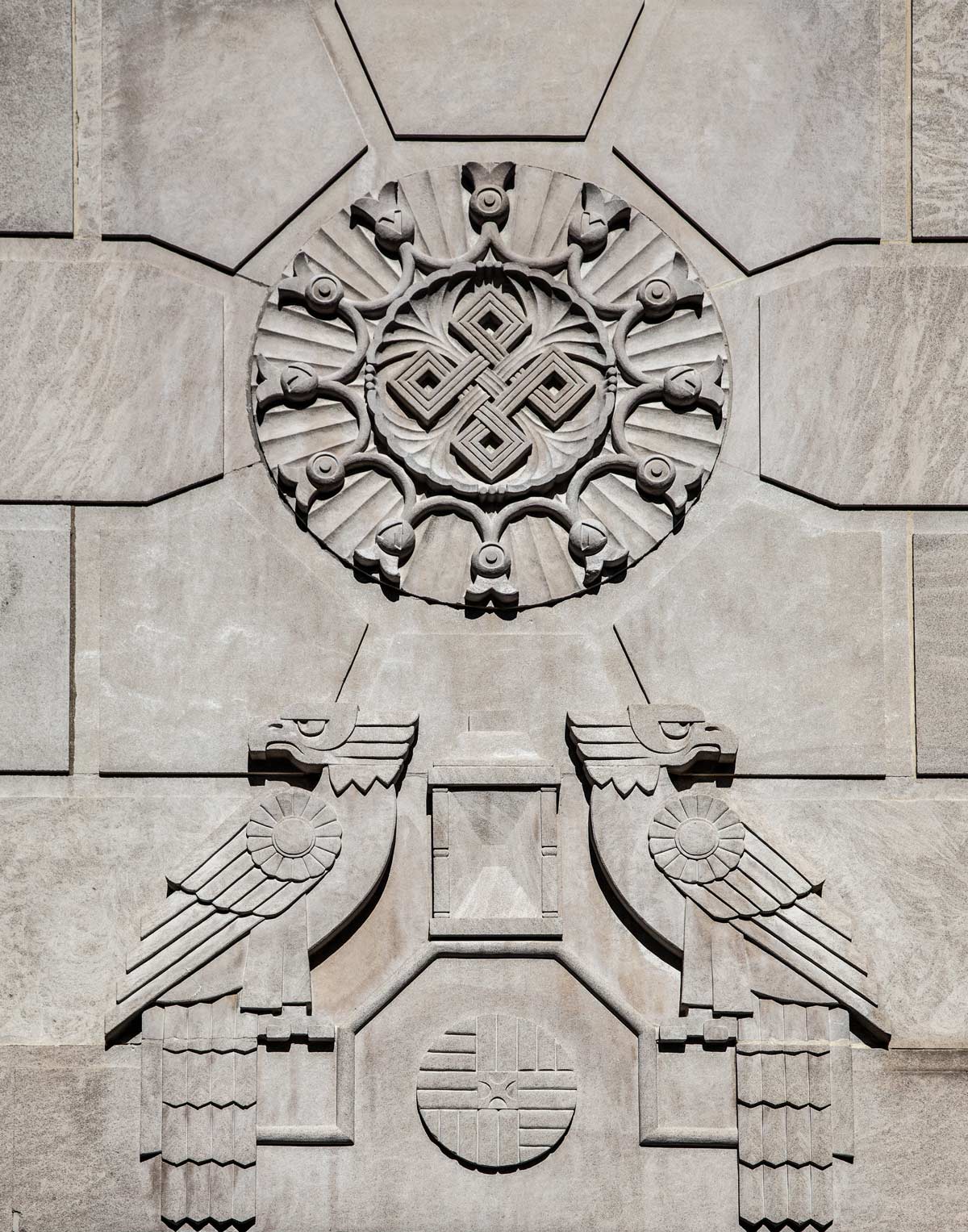 The Kennedy-Warren, also known as the “Old Lady”, was constructed from 1929 to 1931, and is considered the largest and best example of an Art Deco building in Washington. 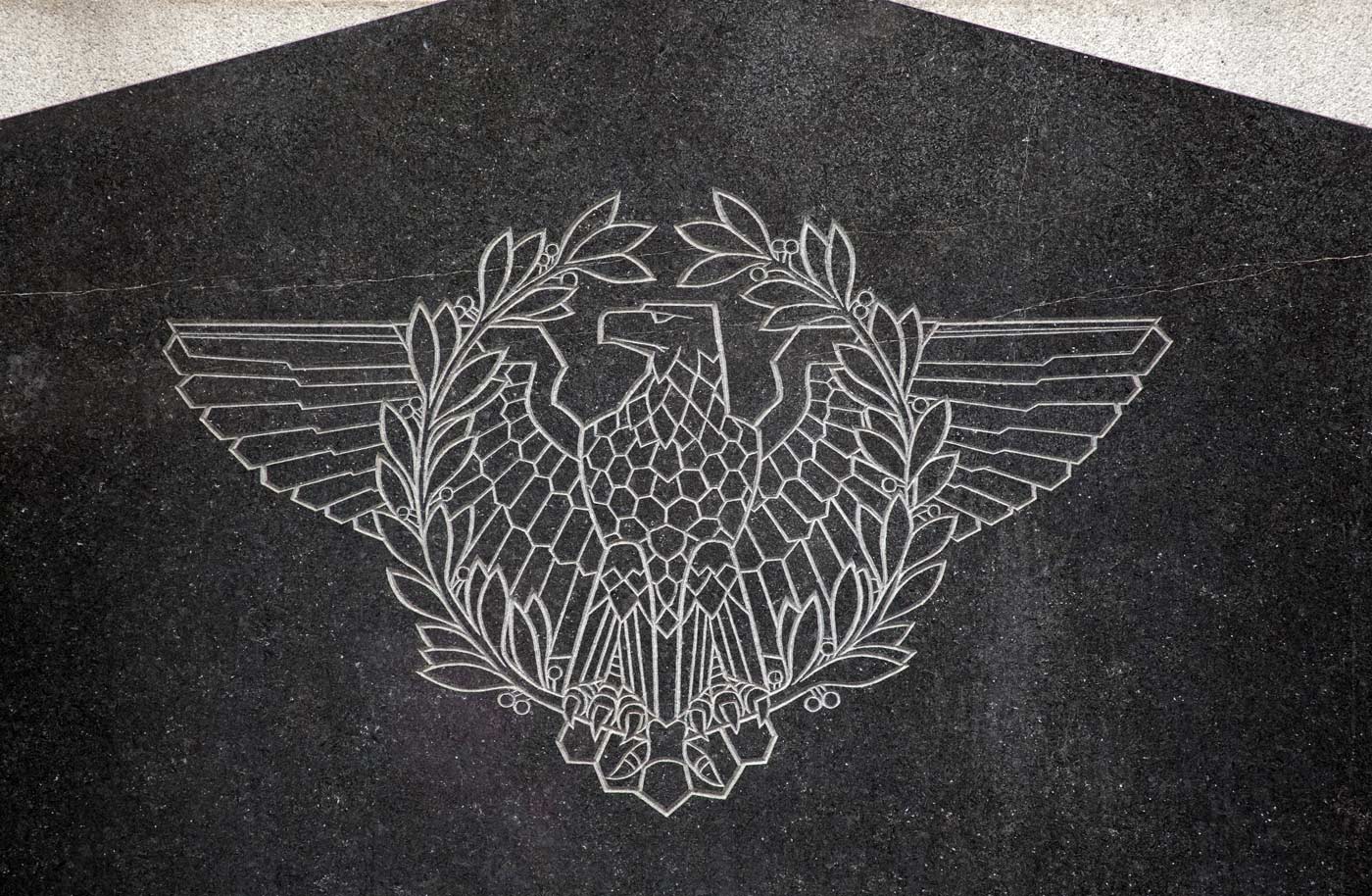 A superb example of monumental Art Deco civic architecture, the John W. McCormack U.S. Post Office and Courthouse presents intriguing exceptions to typical narratives of 1930s federal architecture. The use of Art Deco on large-scale federal buildings of that decade is rare. Originally named the U.S. Post Office, Courthouse, and Federal Building, it was designed by an architect famous for Gothic Revival ecclesiastical work. Source GSA 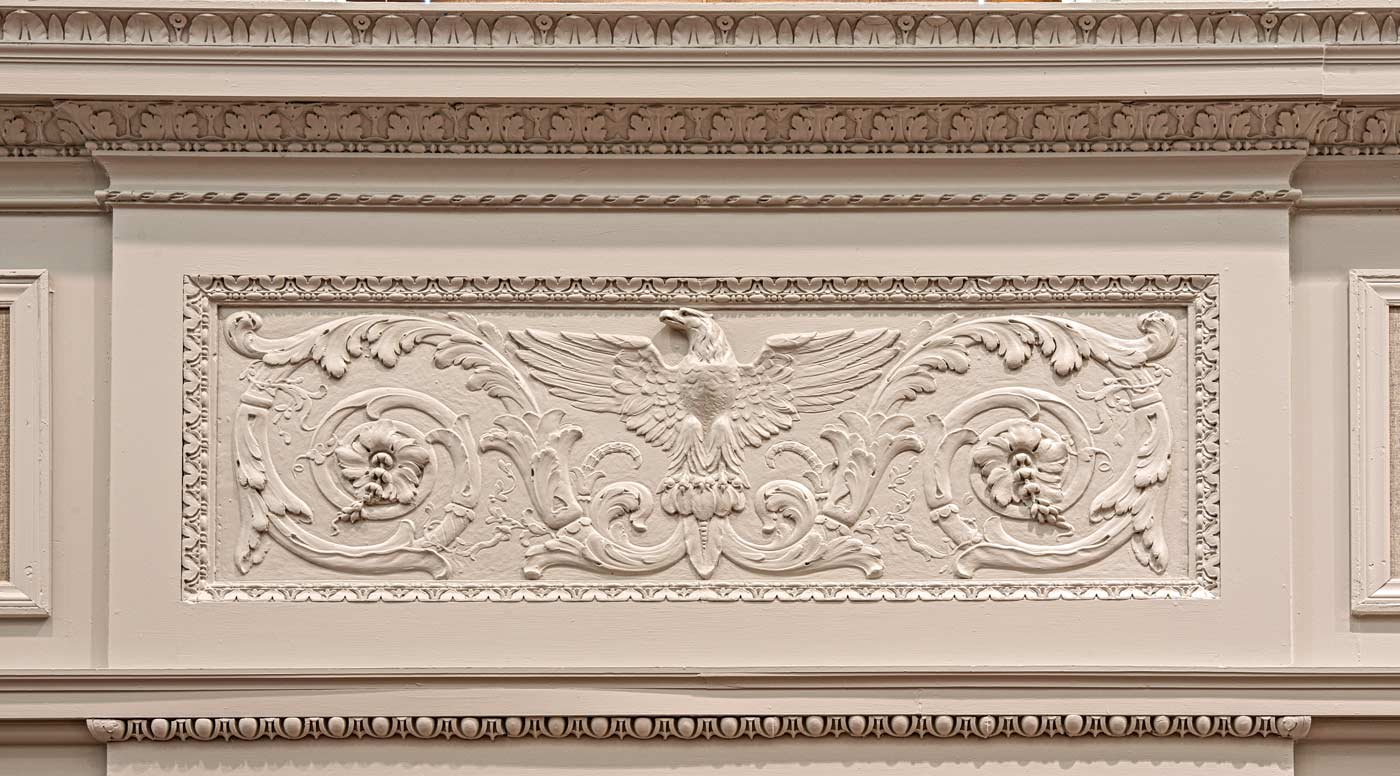 The passage of the Public Buildings Act of 1926 precipitated a period of building construction that was unprecedented in the United States. The Act specified that the office of the Supervising Architect of the Department of the Treasury would be responsible for the design and construction of all public buildings. The Key West Federal Building was constructed during this period, in 1930-1932.
The building is a two-story limestone-clad building. It is constructed of Key Largo limestone quarried at the Windley key quarry, a site now owned by the state of Florida. It is a Deco interpretation of a classical style. Source 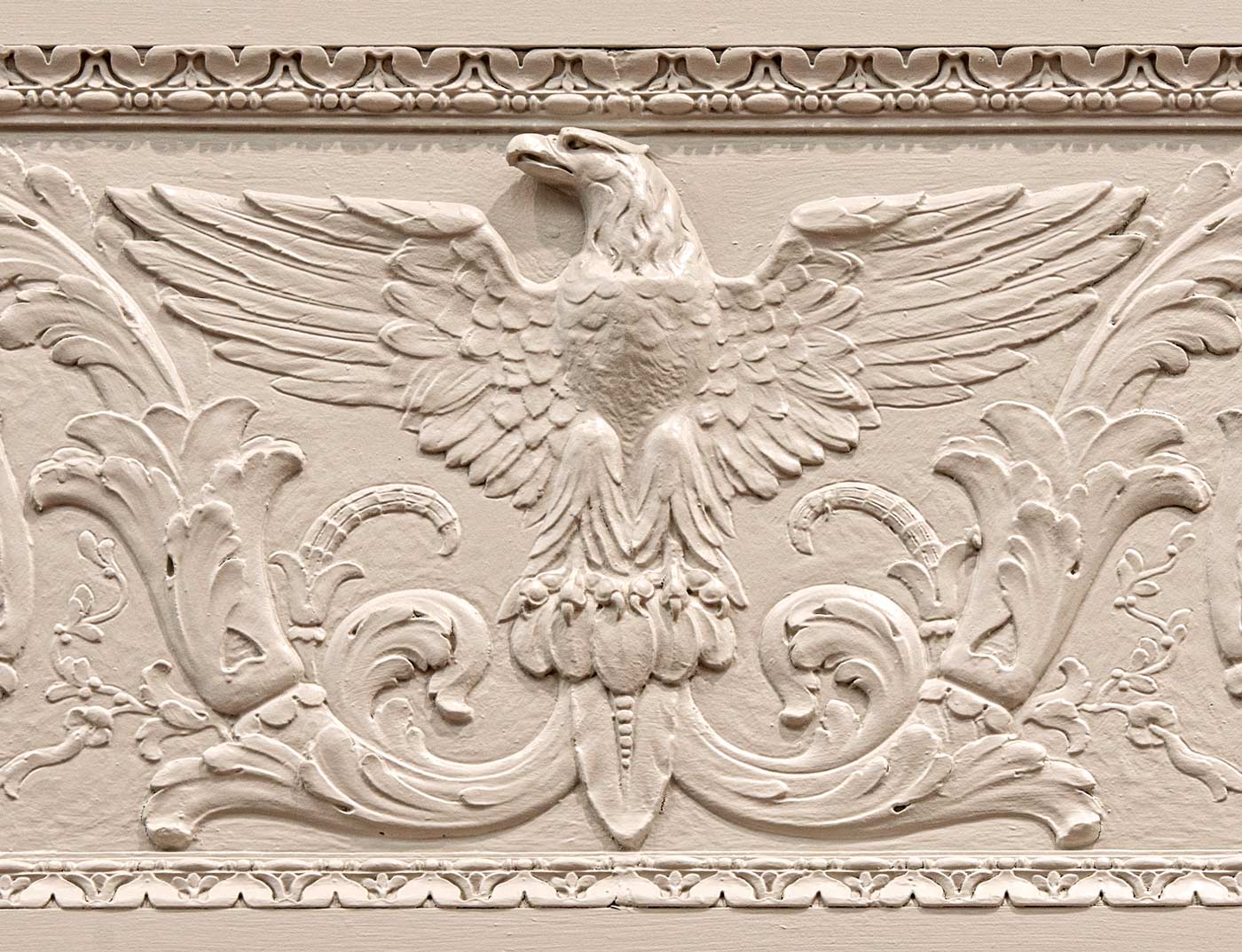 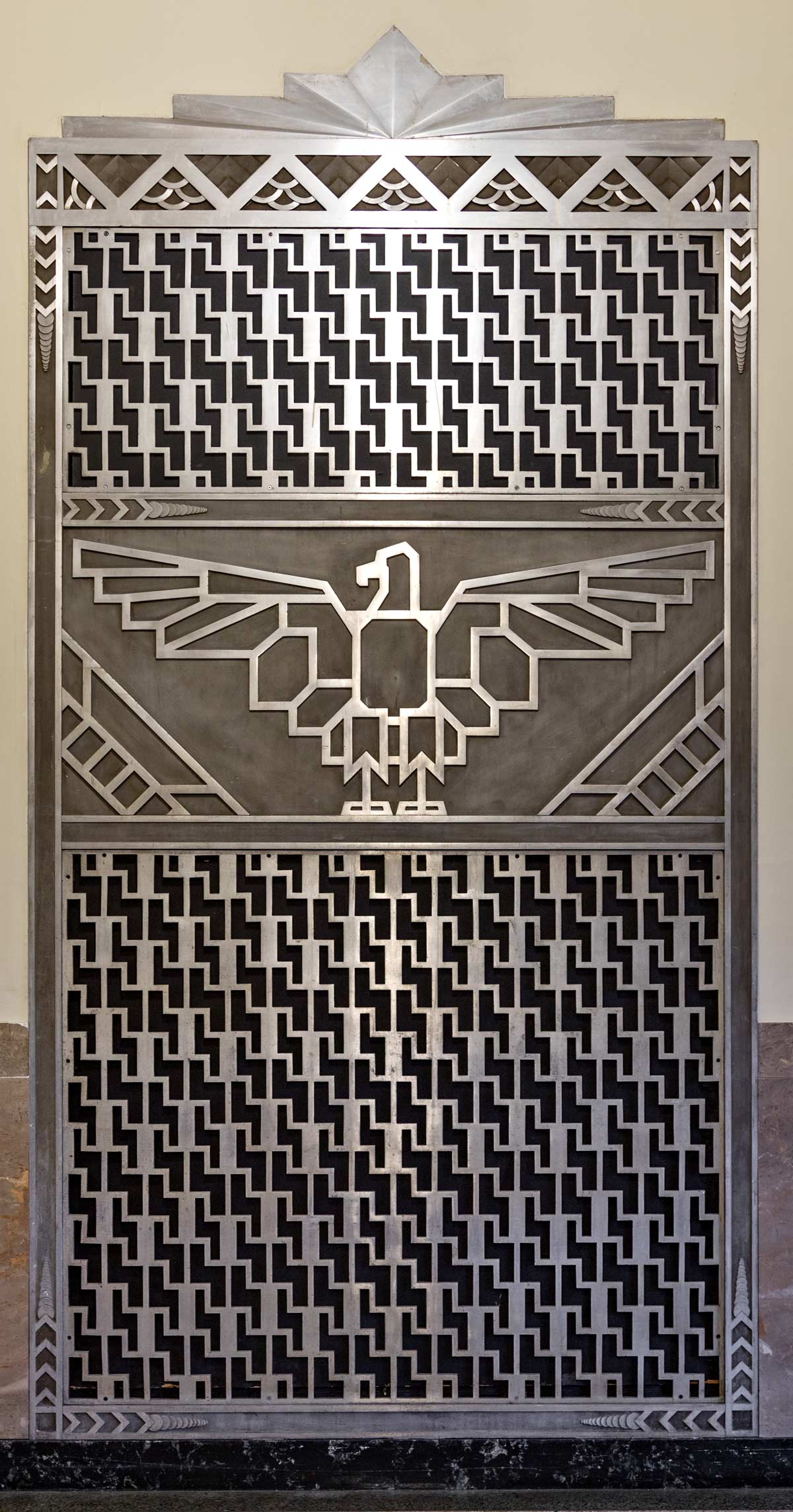 1933 Monroe Post Office and US Courthouse. Monroe, Louisiana. Interior art grill. Architect: James Alonso Wetmore. Image source. The courthouse is a four-story building comprised of over 45,000 square feet and was built in 1933 by the Works Progress Administration, a U.S. government workforce consisting of citizens that were out of work. These men used A-model vehicles to hoist sandstone, brick, and mortar to construct this structure. The original inside walls were made of plaster, most of which has been replaced by gypsum wallboard. Source GSA. 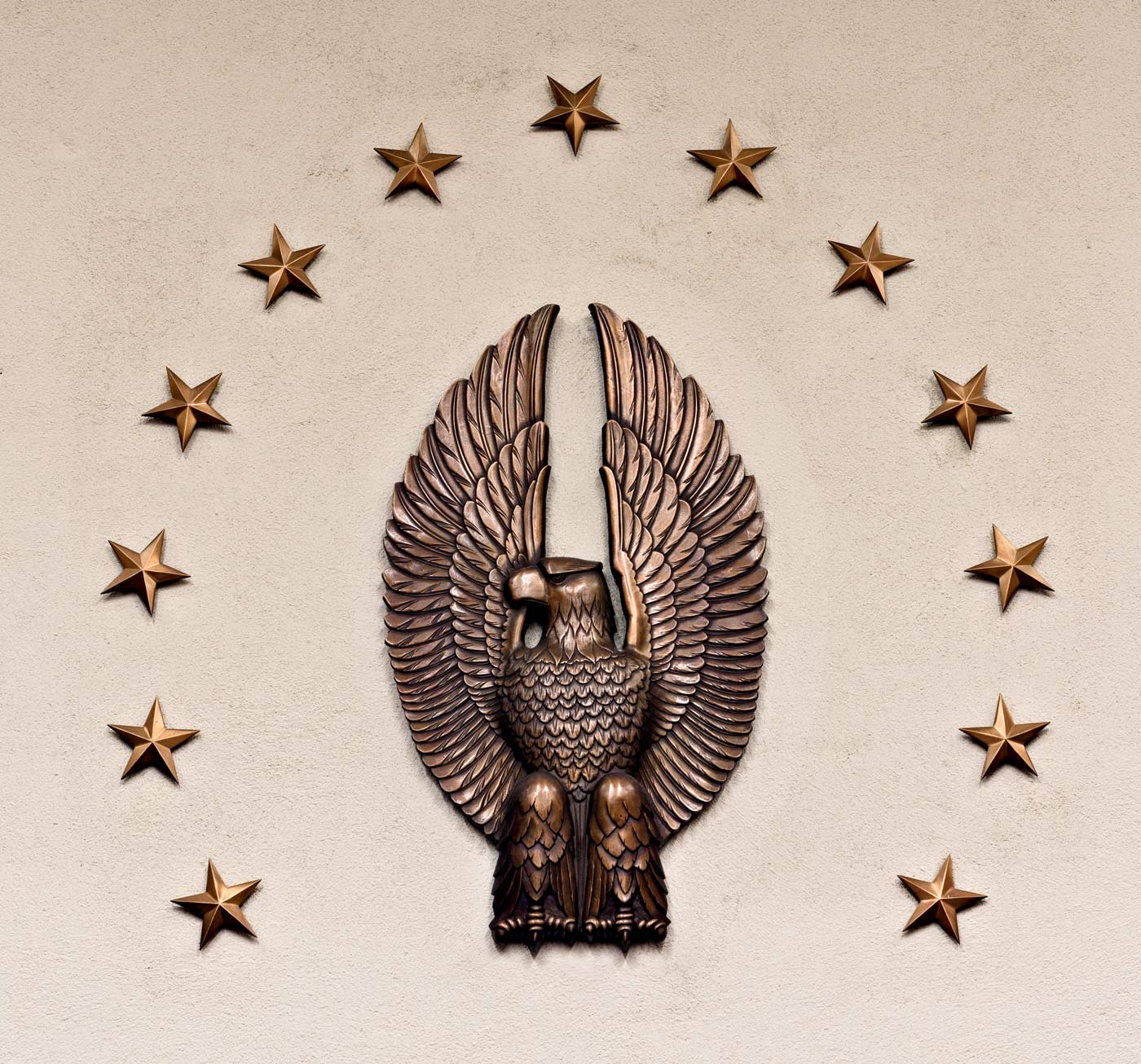 An excellent example of Depression-era Moderne architecture. This style is revealed in its central massing, the rectangular form, the vertical flow of the window bays, the decorative metal grilles, and the geometric details. The exterior is also defined by reed-like pilasters, which enhance the vertical flow of the building while reflecting an element of restrained Neo-Classical influence. Source GSA 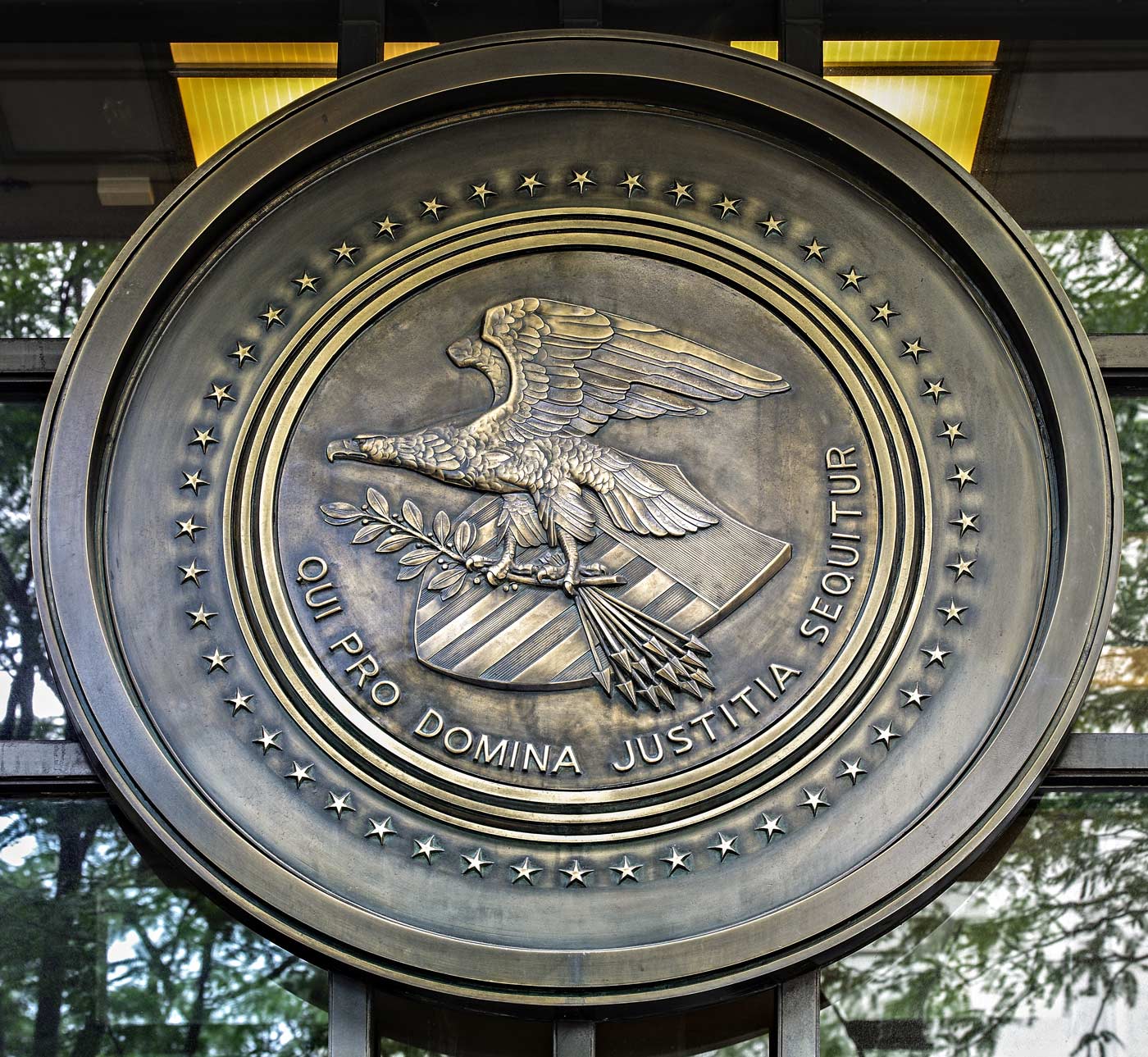 A representative example of a relatively large, federally-funded, Depression-era project. Built under the auspices of the Public Works Administration (PWA), the building displays the stylistic approach of much late-1930s PWA architecture. A product of the locally prominent architect Harry Sternfeld (1888-1976) in association with the Ballinger Company (fl. 1920-present), it is one of a small number of high-quality Art Deco buildings constructed in Philadelphia. Source GSA. 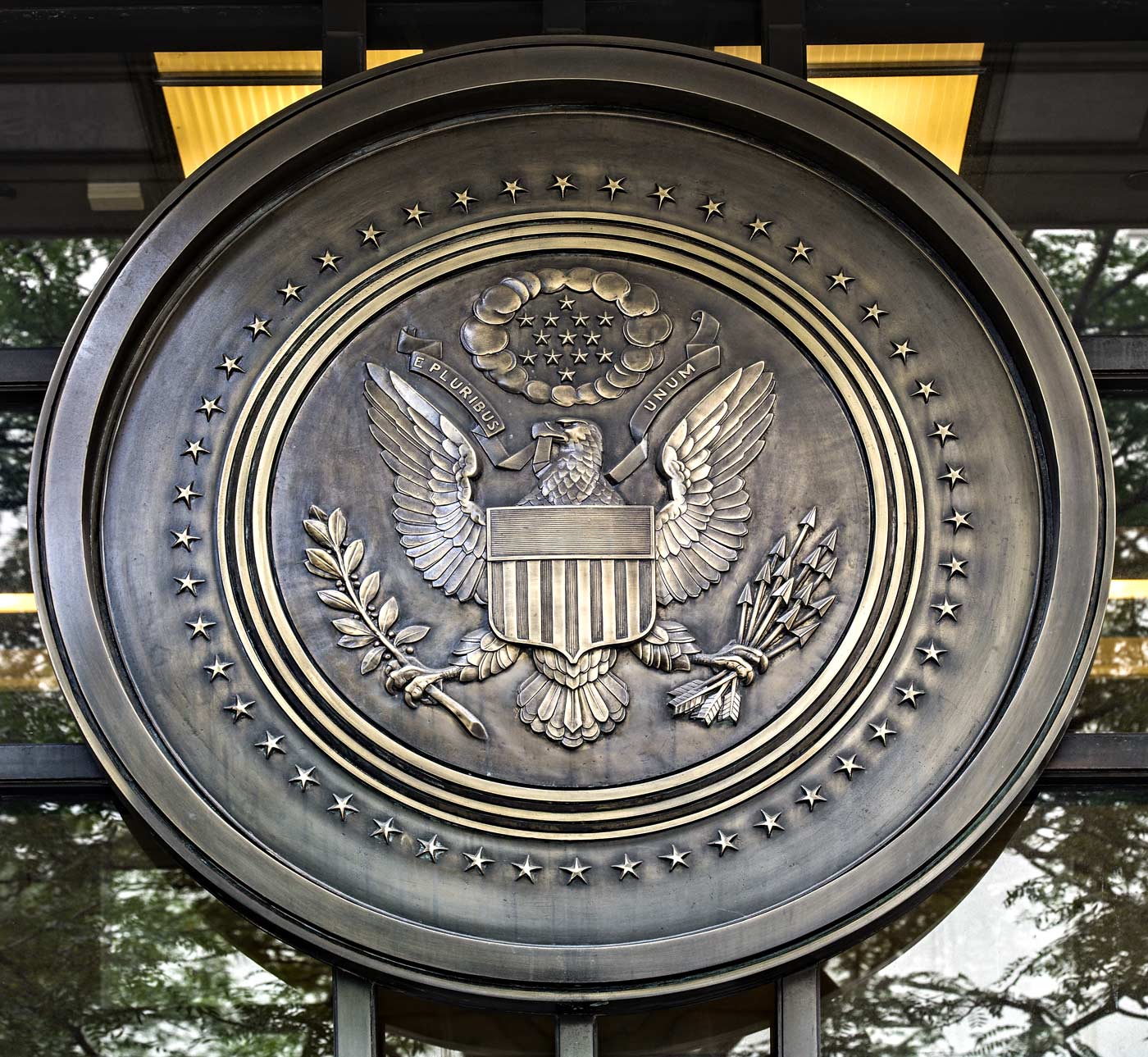 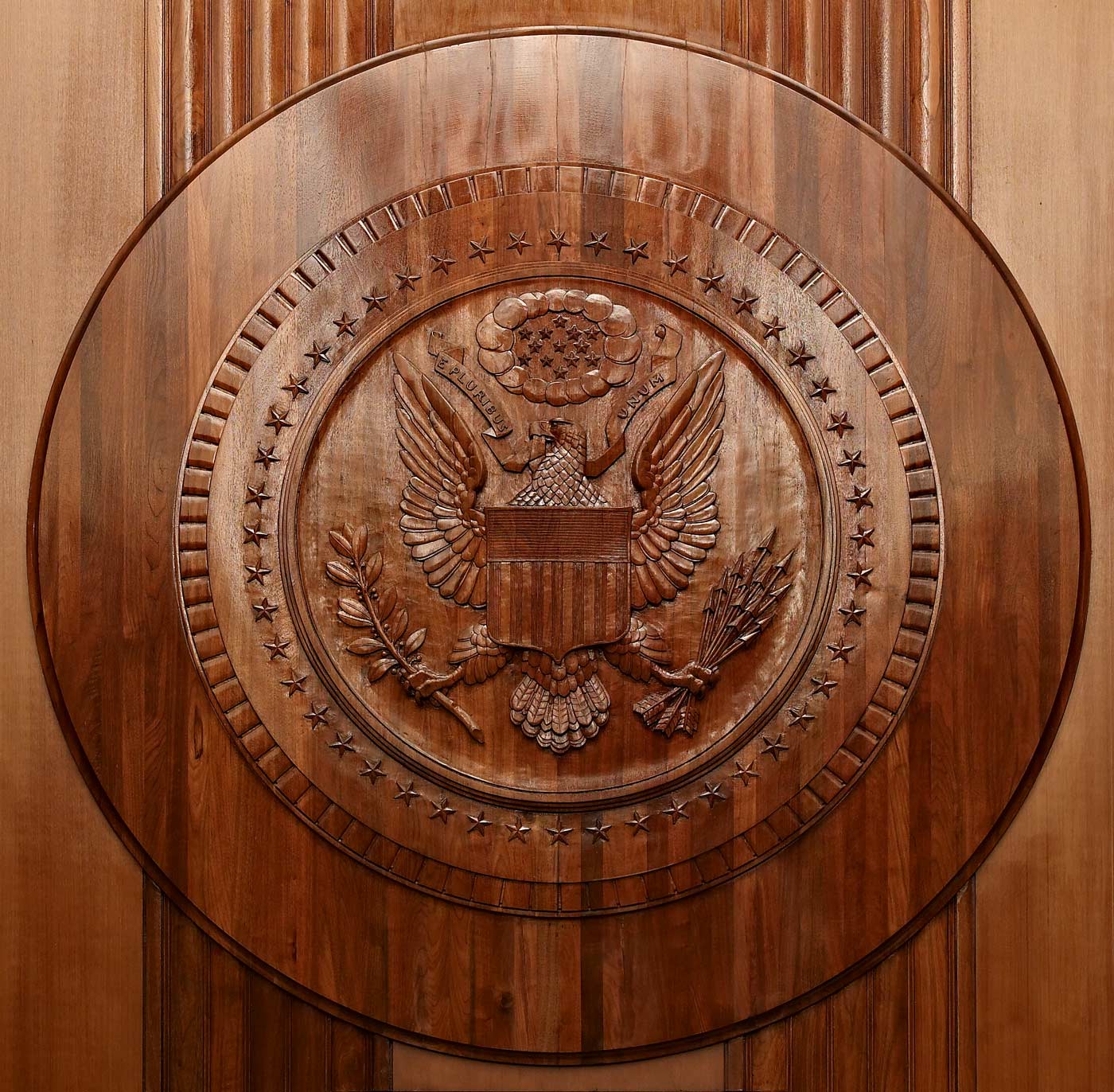 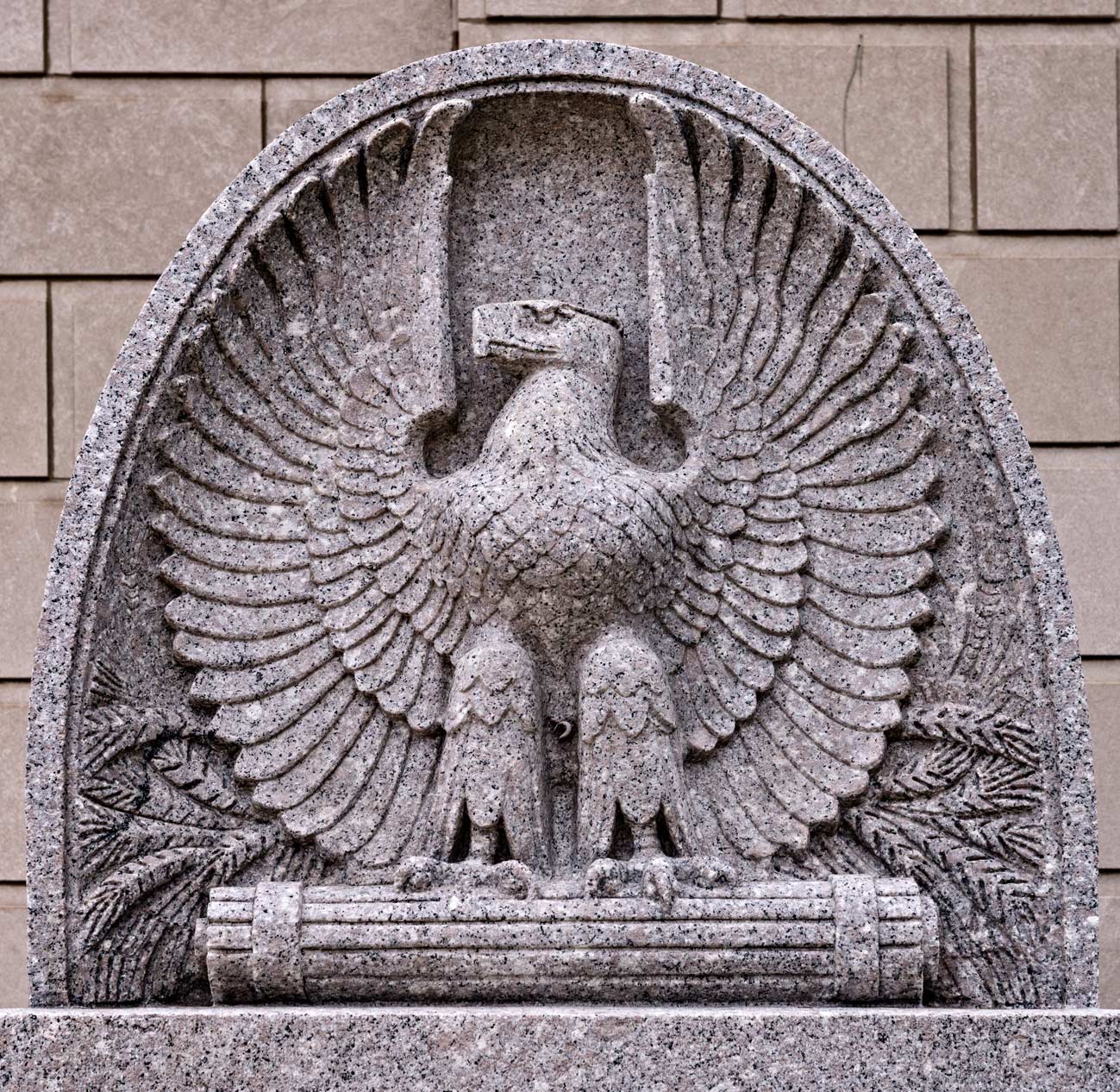 This building was designed in the streamlined Art Moderne style, which was very popular in the late 1920s and the 1930s. This style emphasized the massing of simple geometric forms, as well as the use of repetitive window openings (typically grouped in multi-story, recessed vertical bands); contrasting light and dark building components; bas-relief wall ornamentation; and highly stylized (often geometric) forms for decorative design elements such as exterior lamps, handrails, and stone sculptures. Source GSA. 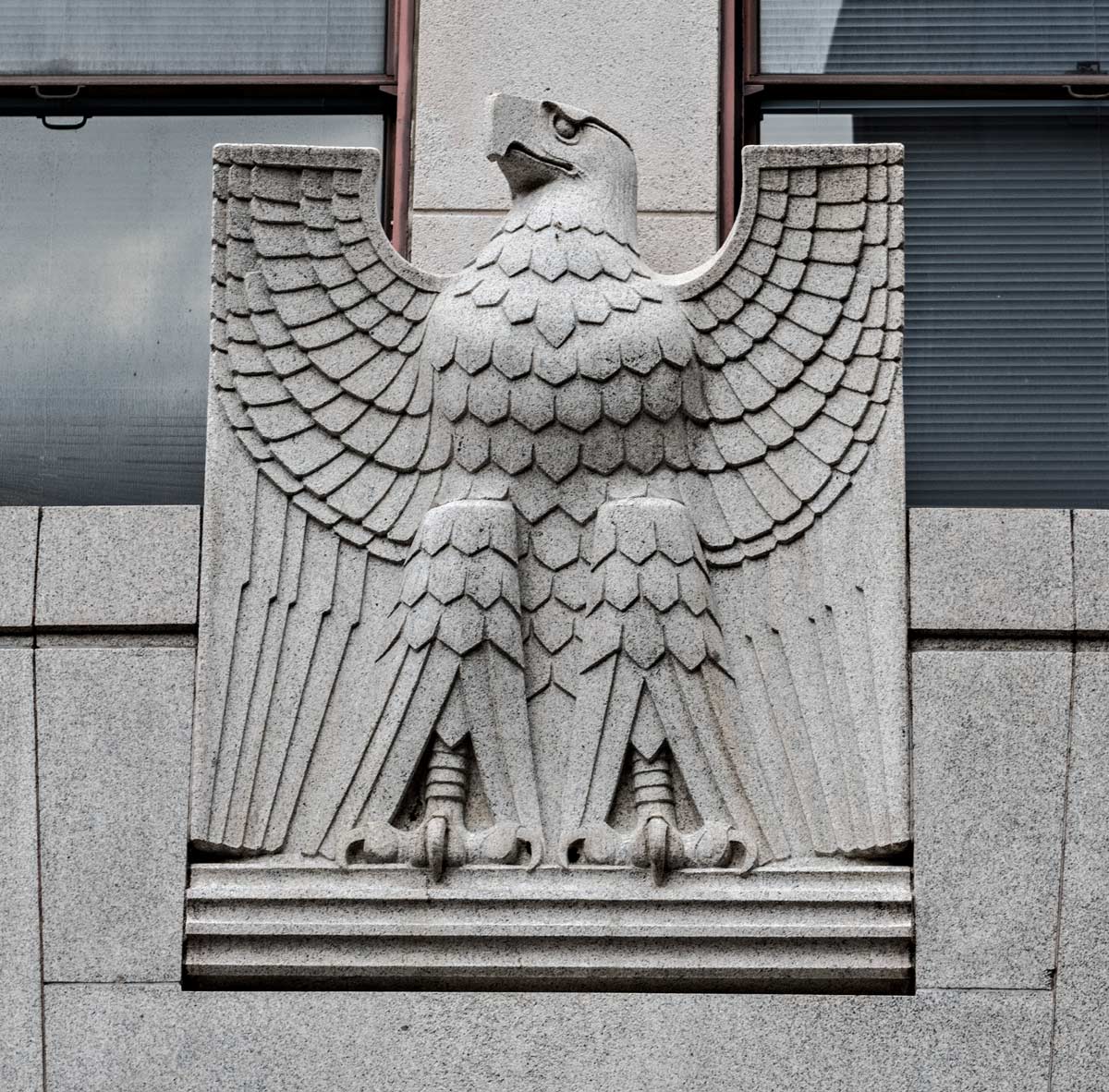 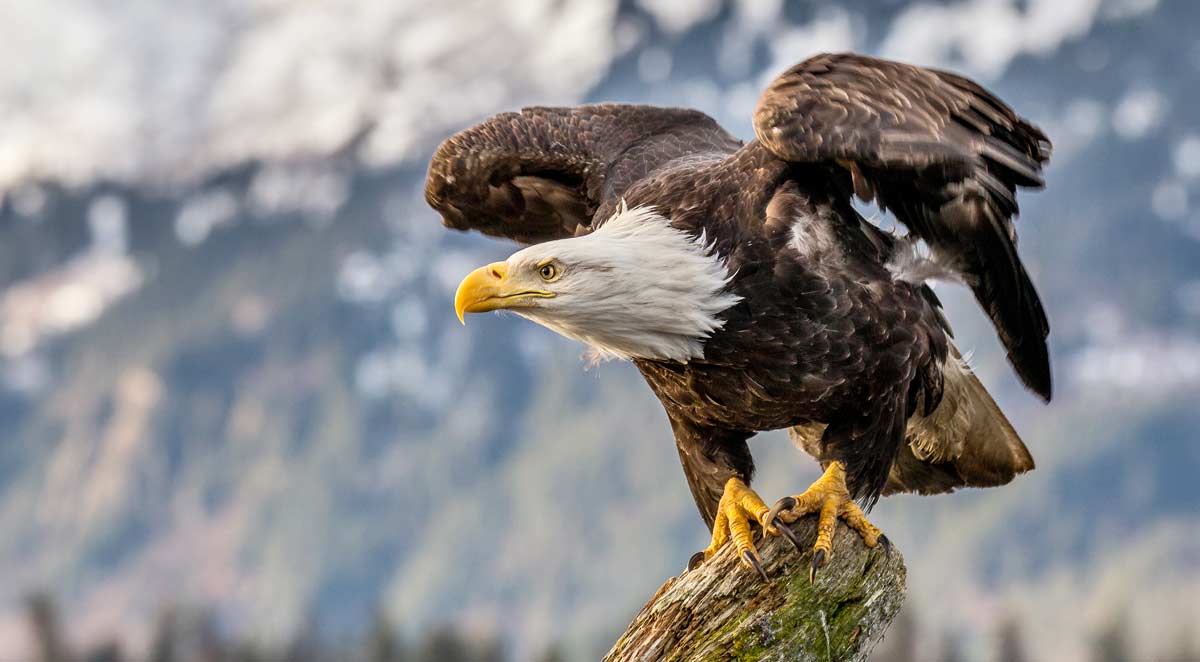 A Bald Eagle about to launch. Kachemak Bay, Alaska. Photo by Andy Morffew.

Today the Bald Eagle is an immovable symbol, the pride of any U.S. citizen, and no one would ever dare criticize or replacing it. It hasn’t always been like this.

Benjamin Franklin, for instance, called the Bald Eagle “A Bird of Bad Moral Character. “You may have seen him perched on some dead Tree near the River, where, too lazy to fish for himself, he watches the Labour of the Fishing Hawk. When that diligent bird has at length taken a fish, the Bald Eagle pursues him and takes it from him.”

President Teddy Roosevelt once said that he did not understand why the Bald Eagle was chosen as US national symbol. He said that it should have been the Grizzly Bear. About the Bald Eagle, he said “It is nothing more than a glorified vulture!”
It even seems he ordered to replace the eagle with the grizzly, but overwhelmed by a sea of protests, he gave up.

All the images in this post are taken by Carol M.Highsmith, who donated her life’s work of more than 100,000 images, royalty-free, to the Library of Congress, which established a rare, one-person archive.
If you use her pictures, we do recommend credit. 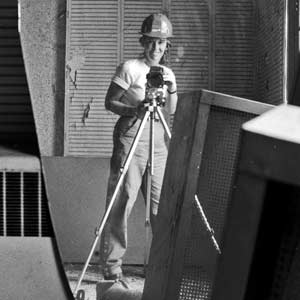 Born in 1946, Carol McKinney Highsmith is an American photographer, author, and publisher who photographed the entire American vista in all the U.S. states as a record of the early 21st century.
In most of her early work, Highsmith used Swiss-made 4×5″ camera equipment capturing the clarity, depth, and detail of her subjects in a way that other photographic media, until recently, could not.

While documenting the restoration of the Willard Hotel in Washington, she stumbled upon Frances Benjamin Johnston’s work, a pioneer female photographer, who also shot in the same hotel 75 years earlier. Mrs. Johnson had donated her life’s work to the Library of Congress. Carol, in 1992, made the same choice, and now her work is of Public Domain.

Image source: The Library of Congress